Brain tumours are lumps of abnormal cell growth within the brain. Normally old cells in your body die and are replaced by new ones. However with a tumour, this cycle has been interrupted, and so the abnormal or old tissue isn't broken down and grows to be a lump in the body or brain. Tumours can either be benign (not cancerous) or malignant (cancerous). Benign tumours are typically slow-growing, do not often spread throughout other parts of the body, and usually have well defined borders that allow removal through surgery. However, a benign brain tumour may still be life-threatening due to increased pressure on parts of the brain, and by causing inflammation.

What causes a tumour is not widely understood. In some instances, a person with a certain gene may have a predisposed risk to develop tumours. We also know that excess exposure to radiation is a risk factor.

A cancerous tumour is called a primary tumour if it originally develops in the brain or central nervous system tissue. This tumour is named after the cell it develops slow-growing. Primary brain tumours may spread to other parts of the brain, but do not often spread to the rest of the body. Secondary tumours are those that start elsewhere in the body and travel to the brain via the bloodstream. 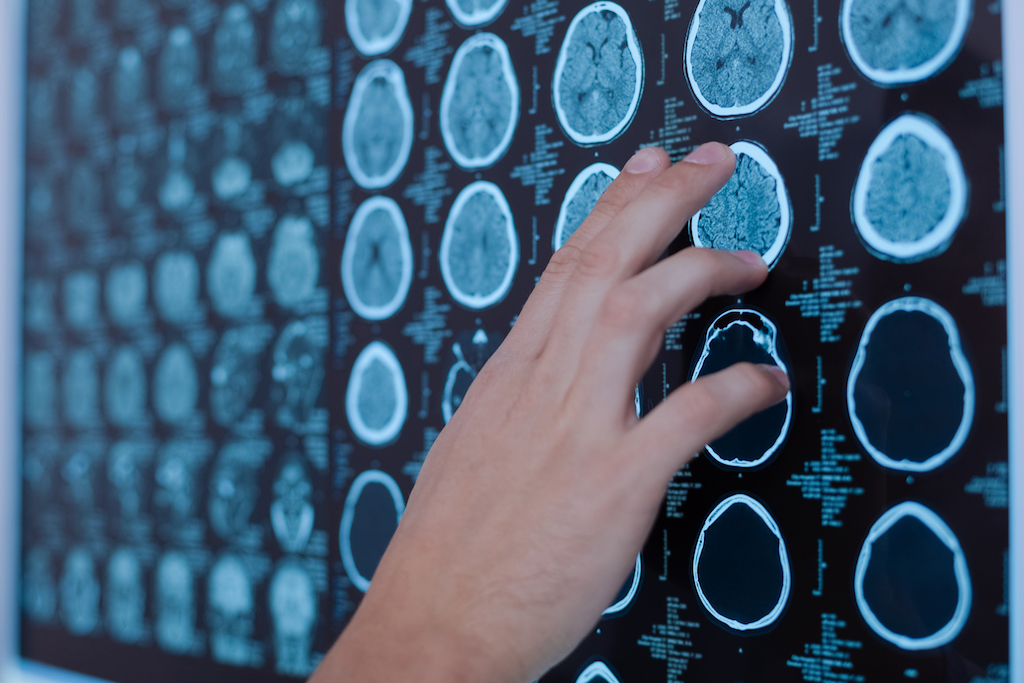 Symptoms and their severity will depend on the size of the tumour and its location in the brain, skull or spinal cord. Tumours often cause an increase in intracranial pressure. Increased pressure in the brain may cause problems with vision, headaches, confusion or irritability, tiredness or seizures.

Cognitive issues due to tumours may include;