Chiari malformation is a neurological disorder where the brain tissue, specifically parts of the cerebellum and brain stem, extends down into the spinal cord. The malformation is usually caused by structural impairments in the skull. For example, some individuals with Chiari malformations may have skulls that are too small, pushing the cerebellum into the spinal cord and preventing cerebrospinal fluid from flowing in and out of the brain. 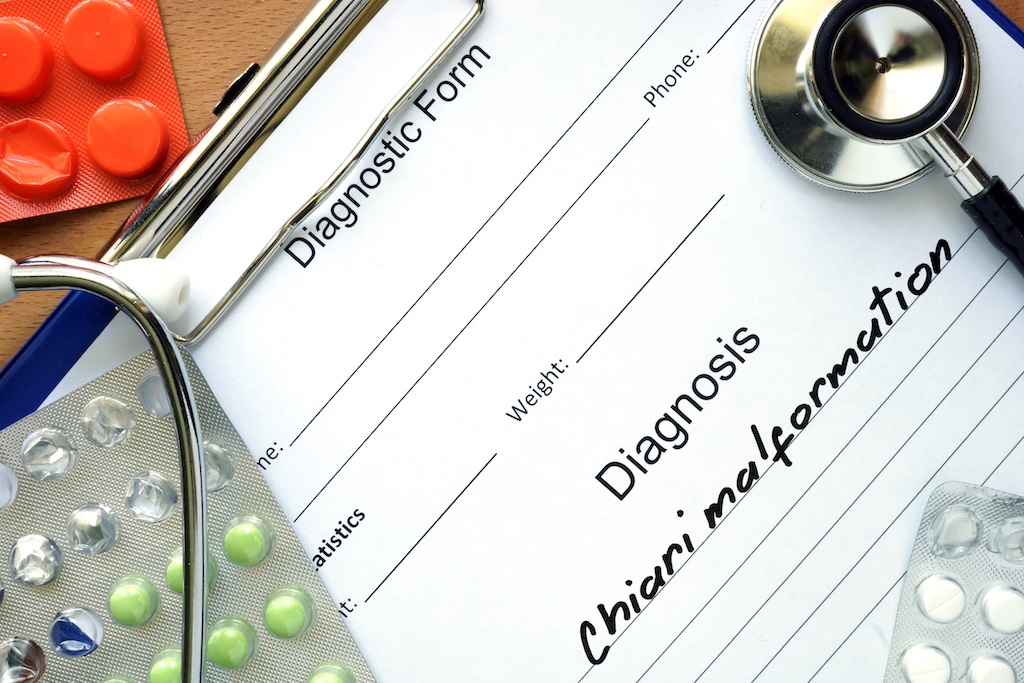 In general, symptoms associated with Chiari malformation include headaches, neck pain, problems with balance and hearing, dizziness, tinnitus (ringing in the ears), issues with fine motor skills, scoliosis (sideways curvature of the spine), problems seeing and hearing, and vomiting.

The condition may also be classified as one of three types. Chiari malformation Type I is usually diagnosed later in life than Type II, and is also less severe in nature. This is because Type II cases usually involve a larger amount of brain tissue that has been forced to enter the spinal canal than in Type I. A rarer and most severe Type III, which only occurs congenitally, also exists. In Type III, the brain tissue does not extend into the spinal canal but into an opening at the back of the skull.

Many cognitive issues associated with Chiari malformation stem from the damage to cerebellar and brain stem tissue that has been forced out of the skull. These include deficits in executive function, attention (response inhibition), visuo-spatial processing skills and episodic memory. It has also been proposed that a general deficit in cognitive ability is associated with Chiari malformation.

In addition, Chiari malformation often causes chronic pain for its sufferers, leading to comorbid psychological disorders such as depression and anxiety. It has been found that many of the cognitive deficits that individuals with Chiari malformation have may be attributed to their chronic pain symptoms as opposed to physical symptoms of the malformation. These cognitive deficits typically occur through impairments in working memory and processing speed.