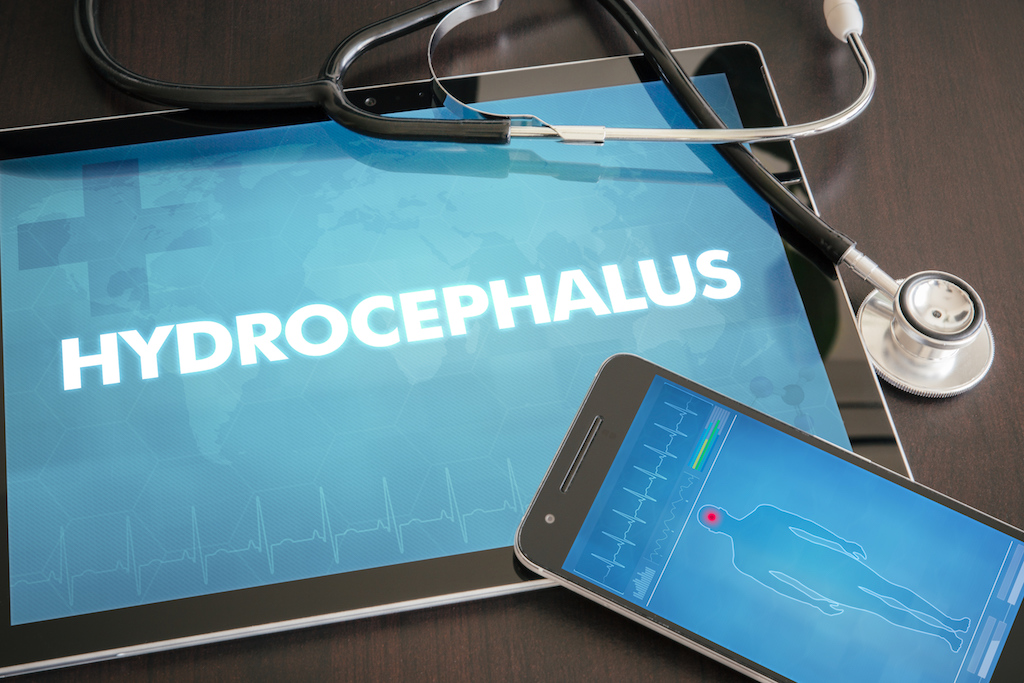 Older individuals may also suffer from normal pressure hydrocephalus, where the volume of cerebrospinal fluid flowing over the surface of the brain is reduced. Treating hydrocephalus usually requires draining the fluid out using a shunt in a surgical operation.

Cerebrospinal fluid is a colourless fluid that is produced by the brain and, in a healthy individual, would flow out of the brain via the brain stem and be absorbed into the bloodstream. In individuals with hydrocephalus, the built-up fluid may be due to a blockage in its pathway that disallows it from flowing out of the brain, an overproduction of fluid, or the body’s inability to absorb the fluid appropriately.

As a result, there is increased pressure on the skull, leading to symptoms including headaches, incontinence, vomiting, nausea, inability to walk, and sleepiness. If left untreated, pressure on the brain stem can cause the disorder to be fatal.

In infants, hydrocephalus may also cause an abnormally fast rate of head size growth, soft, bulging spots on the infant’s head, and seizures. In some cases, no symptoms appear at all for a long time, which make it much harder to obtain a diagnosis. This is known as compensated hydrocephalus.

Individuals with hydrocephalus exhibit a cognitive profile characterised by impairments in spatial memory. As a result, affected individuals often have trouble finding their way around and navigating spaces, performing more poorly at remembering routes and landmarks. This deficit can remain even after individuals receive shunt surgery to drain the excess cerebrospinal fluid out.

Children may also experience significant learning difficulties compared to healthy individuals as they have reduced executive functioning, which is responsible for working memory and learning.